Are Tight Jeans Bad For You? 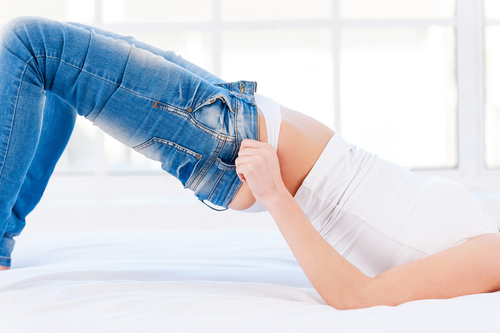 Although tight pants may temporarily compress your nerves, there’s not much evidence they can damage your sperm or do you long-term harm.

The evidence that skinny jeans reduce sperm count in men is pretty weak. Such a problem was described in a study from the late nineties - men who wore skinny jeans had higher numbers of malformed sperm that those who did not. That study has not been successfully reproduced, however, and further research has shown that there's not likely a connection between tight jeans and a reduced sperm count.

There's some anecdotal evidence that wearing tight jeans can cause problems with your nerves. A report in the Journal of Neurology, Neurosurgery and Psychiatry described the case of a woman who suffered from such a problem - the skinny jeans compressed the nerves in her legs until she lost feeling and fell over. That's relatively weak evidence, as far as these things go: describing a single case, rather than a study or a review of multiple studies. You probably shouldn't throw out your skinny jeans over fears that they'll ruin your nerves just yet.

There's other evidence, however, that tight pants can up your risk of other medical conditions. An Italian study highlighted an increased risk of bacterial vaginosis in women who wore skinny jeans. Another case study cited by the Pacific Standard described a man who was in a traumatic accident while wearing skinny jeans - when they were cut off his body, his blood pressure dropped dramatically (he was later fine).

Meralgia paresthetica, another condition connected to tight pants, is a numbness of the nerves near the skin. It's usually temporary, though, and is easily treated - wearing looser pants helps, as does weight loss.

So far, though, there's not a lot of systemic evidence that describes these effects - just anecdotes. More large-scale research on skinny jeans is still needed. Irreversible problems, so far, haven't been described; there are some scary anecdotes about nerve compression that was later reversed. In short: jeans that are too skinny may cause problems, but you'll probably be fine. 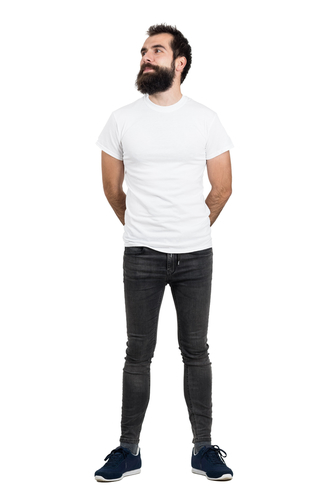